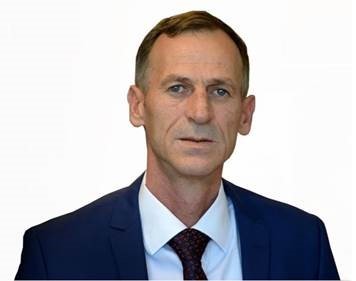 Besnik Osmani has been Auditor General since 30 March 2016. He was appointed for a five-year term by the Assembly of Kosovo upon the proposal of the President of the Republic of Kosovo.

Prior to that, Osmani has been actively involved in state-building activities and reforms of utmost importance of the public system in Kosovo. For two decades he took over important responsibilities on development of public administration by leading important organisations and processes.

Osmani was appointed by the Government of Kosovo as Secretary General of the Ministry of Local Government Administration for four consecutive mandates, exercising this position for more than 11 years.

From 2005 until 2007, he was Director of the Publicly-Owned Enterprise Ibër Lepenci, a public company for production of energy and dealing with irrigation system in Kosovo.

Osmani has served as a senior civil servant for more than five years. He performed very important duties in the Ministry of Economy and Finance – he was initially part of Treasury of Kosovo where he actively participated in design and implementation of the fundamental project on public financial management and financial reporting. He thereafter became Director of the Central Administration moving forward to the position of Director of International Economic Cooperation Department where international aid coordination and public debt management were part of its portfolio.

Osmani is also experienced in teaching. He has worked as a teacher at the Economics High School for five years and then for three years he lectured at AAB College, Faculty of Public Administration in Kosovo. Osmani has also been distinguished for his active participation in many international conferences and events as guest speaker, including lecture presented at University of Cambridge.

Other than that, Osmani has also been engaged in other important positions and processes that Kosovo has gone through over these decades. By the Government decision he was vested the role of the National Coordinator for Cross-Border Cooperation of Kosovo with Neighbouring Countries, which he performed for five years, and he was elected by the Parliament as a Member of the State Commission on Population and Housing Census for one term.

At the same time, when the dialogue between Kosovo and Serbia started in Vienna in 2004, Osmani had been a member of the Group of Experts, and thereafter from 2014 he was part of the Technical Group for Public Administration in the Brussels’ talks.

Osmani is professionally qualified in public policies and public administration.

He is a graduate economist from University of Prishtina, Faculty of Economics. Having been awarded a scholarship from USAID, Osmani pursued his personal development through further studies and obtained the title Master of Sciences on Public Policies and Public Administration (Rochester Institute of Technology, USA, 2011). He is also internationally certified by Joint Vienna Institute, Austria, as a Trainer for Public Administration.

Osmani has continuously attended education and training programs on leadership and management, public finances and public administration at the most prestigous training and development centres in Europe and USA.