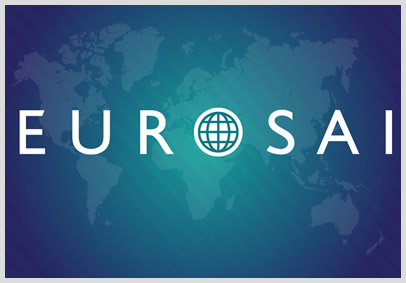 The Governing Board of the European Organisation of Supreme Audit Institutions (EUROSAI), in its 52nd meeting held today, approved by a majority of votes the full membership of the National Audit Office to this Organisation.

In a public statement, the Auditor General of Kosovo, Besnik Osmani, expressed his acknowledgment to his counterparts from the Supreme Audit Institutions members of the Governing Board for the support and trust given, as well as all relevant local institutions for supporting this membership process.

“The National Audit Office is committed to give its contribution to this Organisation and assume all obligations therefrom”, Osmani said.

This membership marks a new important step in the history of the National Audit Office and for the EU integration process.

In EUROSAI structures, NAO shall promote good governance, transparency, accountability, and building of professional competence in the field of public sector auditing.

EUROSAI is one of the Regional Groups of the International Organisation of Supreme Audit Institutions (INTOSAI), which was established in 1990 with 30 members (the SAIs of 29 European States and the European Court of Auditors). Over the years, the number of EUROSAI members has reached to 50, making the National Audit Office of the Republic of Kosovo the 51st member.

The National Audit Office applied for membership to EUROSAI on 24 February 2020. Deliberations on the decision for membership were included in the EUROSAI Governing Board’s agenda of the meeting planned to be held in June 2020. Due to COVID-19 pandemic situation, the meeting was not held as scheduled, instead it was held online today on 12 November 2020.

Should you need more information on the European Organisation of Supreme Audit Institutions, please visit their webpage at the following link:  https://www.eurosai.org/en/about-us/about-eurosai/