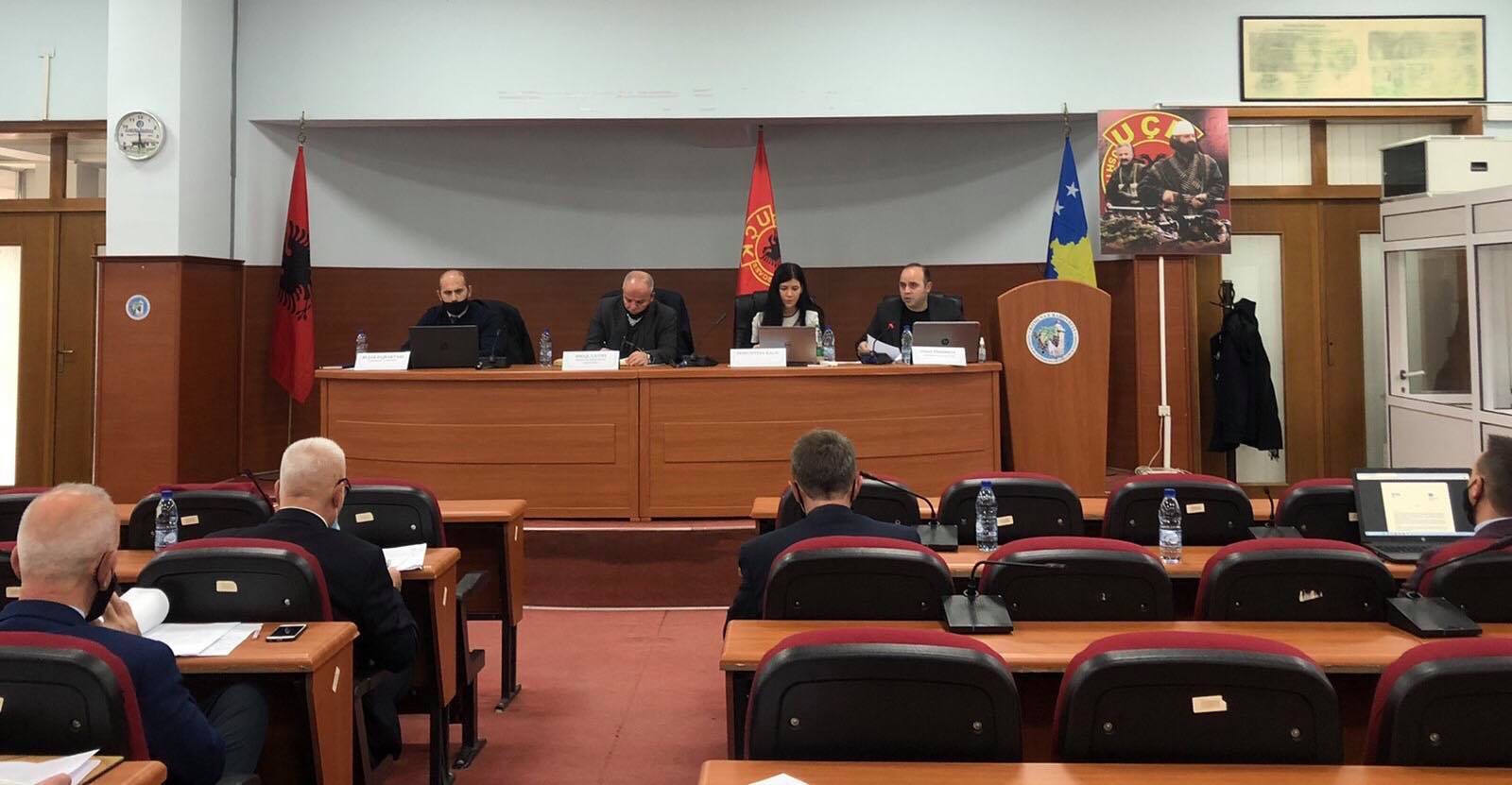 As part of the project “Supporting Civil Society in Increasing Public Oversight and Accountability of Kosovo Public Institutions” supported by the Commonwealth Foreign Office through the UK Embassy in Pristina, BIRN Kosovo organised, on Monday, the next debate in the Municipality of Rahovec. The debate was attended by the Mayor of Rahovec, Smajl Latifi, the Head of Audit, Bujar Bajraktari, the Managing Editor of BIRN Kosova, Visar Prebreza, and councillors of this Municipality

The Head of Audit, from the National Audit Office, Bujar Bajraktari, said that based on the last audit report, there has been a progress in Rahovec Municipality compared to previous years. “In 2017 Rahovec Municipality was given a Qualified Opinion with Emphasis of Matter, whilst in 2018 and 2019 it was given Unqualified Opinion with Emphasis of Matter.  The emphasis of matter for 2019 related to the misclassification expenditures. This did not occur by fault of Municipality only, but it is a matter that requires cooperation with the central level as well”, Bajraktari said.

While talking about the audit report for 2019, Latifi said that in the future, not payment will be made without evidence, no contract will be awarded to the ineligible EO, and no contract with no manager and management plan will be in place.

Meanwhile, the Managing Editor of BIRN Kosova, said that less recommendations means less violations and auditor’s findings. “Rahovec Municipality was given 14 recommendation, i.e. 7 less than in 2018. This signals the improvement made compared to 21 recommendations given last year, which means the situation was worse. This year we have an Emphasis of Matter that mainly relates to misclassification. But, misclassification often occur due the obligations placed to municipalities by the Government. One of those is the obligation to pay jubilee salaries and accompanying salaries deriving from the collective contract signed by the Government”, Prebreza said. He said that Rahovec is one of the municipalities with good budget execution rate, 97%.  When it comes to identified shortcomings, Prebreza said that they mostly related to procurement and contract management towards EOs.