The Auditor General pays a visit to Turkey: Receives Support from the President of EUROSAI for Active Participation in European Audit Forums 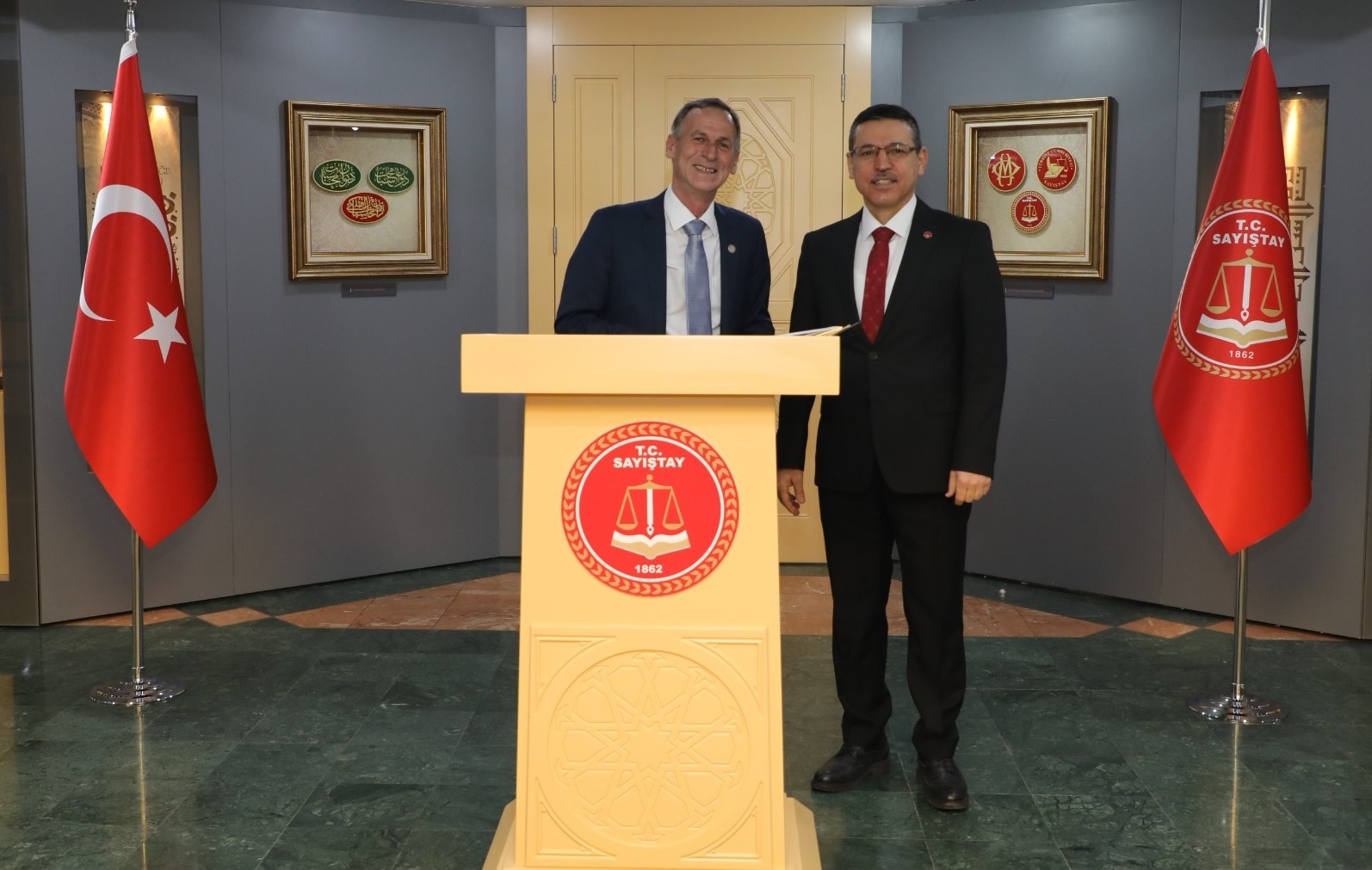 Upon invitation of the President of Turkish Court of Accounts and EUROSAI, Seyit Ahmet BAŞ, the Auditor General of the Republic of Kosovo, Besnik Osmani, paid an official visit to the Turkish Court of Accounts on Wednesday. The purpose of this meeting was to coordinate activities between two institutions and KNAO’s active participation in EUROSAI forums as well as preparations and introduction of KNAO as a newest member in XI EUROSAI Congress, to be held in coming month.

The President of the Turkish Court of Accounts, Seyit Ahmet BAŞ, took the occasion to congratulate the Auditor General of Republic of Kosovo, Besnik Osmani, on his steadfast engagement and results achieved in the international integration of KNAO, stating that membership to INTOSAI shows the extent the National Audit Office of Kosovo is professionally prepared. The Auditor General of the Republic of Kosovo, Besnik Osmani, commended Mr. Seyit Ahmet BAŞ for his work as the Head of EUROSAI and acknowledged him for the ongoing support given to KNAO on its integration to international organisations. 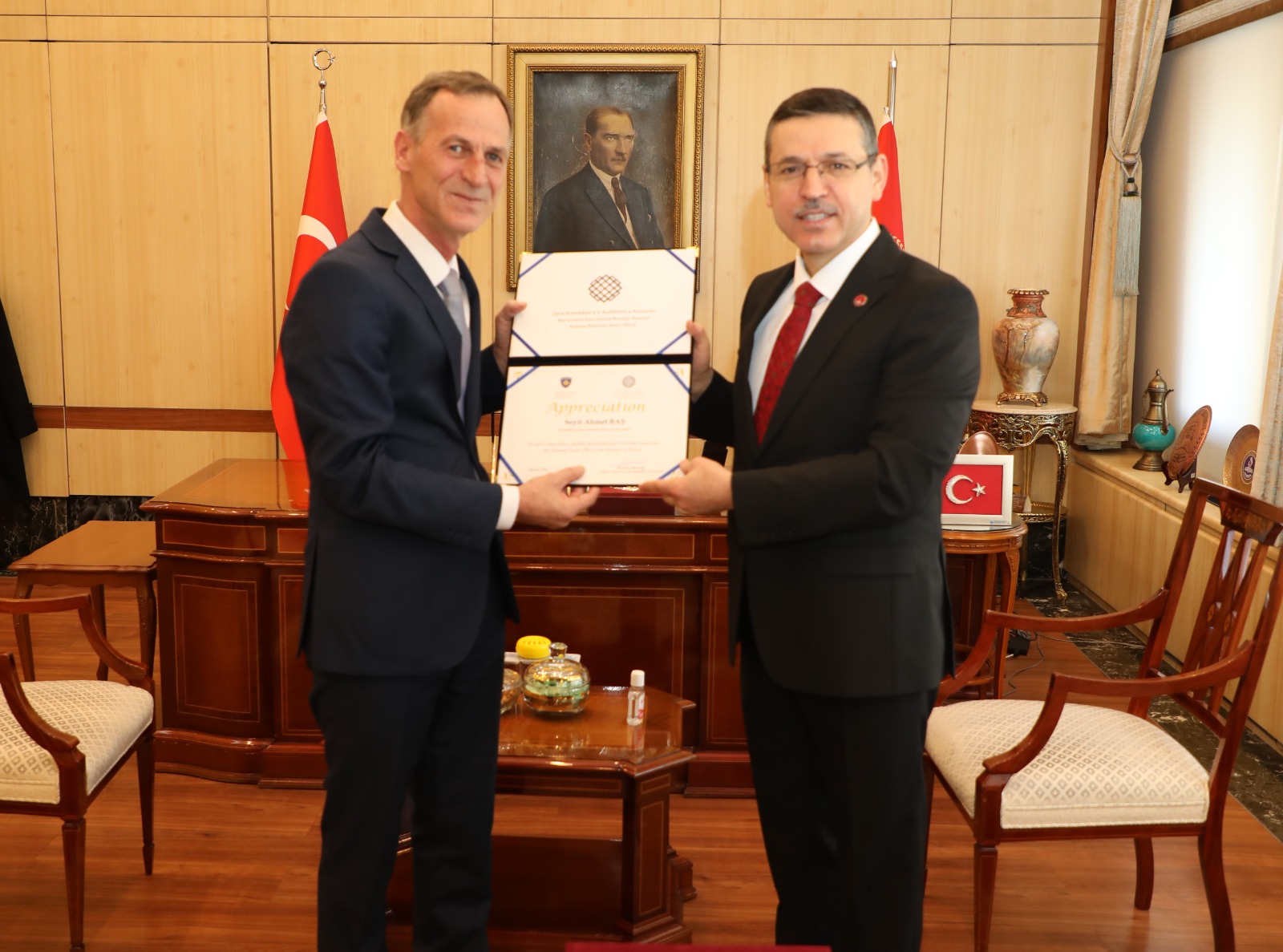 Heads of both institutions expressed their readiness to further the bilateral cooperation through an actual plan of activities to fulfil the cooperation agreement reached in 2018. Discussions particularly focused on the activities undertaken and decisions made by SAIs of Turkey and Kosovo as a response to Covid-19 pandemic, where details on Covid-19 related audits were given.

Moreover, the senior officials and auditors shared the experiences of the Turkish Court of Accounts in quality control and assurance in line with the Standards, IT audits, audit management system, and in data analysis system. The Kosovo delegation presented the achievements of KNAO, including the accomplishment of the legal and constitutional mission, strengthening of institutional capacity, and development of positive relationships with third parties.  The recent developments in updating the audit methodology and introduction of the e-audit system aimed at enhancing efficiency and transparency in the audit process were also topics of discussions.