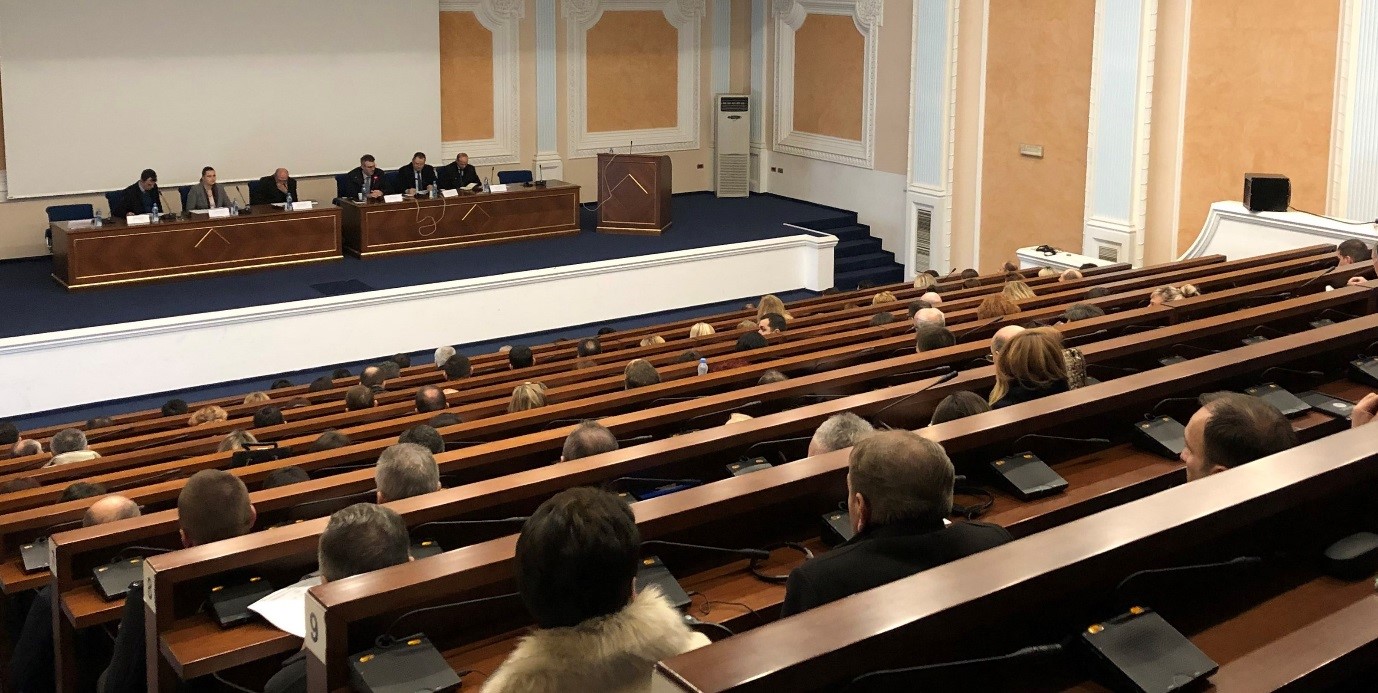 Today, the National Audit Office has welcomed in an information meeting the Chief Financial Officers of Central and Local Level Budget Organisations. On this occasion, important issues and topics related to the audit and reporting of the 2018 Annual Financial Statements from Budget Organisations were presented.

The Deputy Auditor General, Mr. Ilir Salihu, in his opening remarks, emphasised that we are now in a very important time period in terms of preparing, reporting and auditing the annual financial statements for 2018 and that the purpose of this meeting is to inform better and discuss issues of interest to the National Audit Office, the Treasury Department and the Chief Financial Officers, as key stakeholders in the process.

Mr. Ahmet Ismaili, Treasury General Director, in his remarks has drawn the attention to the deadlines set for the submission and the possibility of adjusting the annual financial statements before they are officially final. Mr. Ismaili emphasised that in all international assessments made to Kosovo, the first credible document, which is taken into consideration is the report of the Auditor General. Therefore, I urge you to engage in addressing the recommendations given by the Auditor General, because any finding presented in the report will essentially raise important issues and there is a process for addressing them, he said.

Assistant Auditor General, Mr. Çerkin Morina presented the key issues for which Chief Financial Officer should exercise caution in preparing the annual financial statements, and also briefed them on the requirements for this audit stage.

The meeting continued with open discussion and addressing issues of interest raised by the Chief Financial Officers of Budget Organisations.

A separate meeting was also held with Chief Financial Officers of Publicly Owned Enterprises subject to auditing for the 2018 financial year.