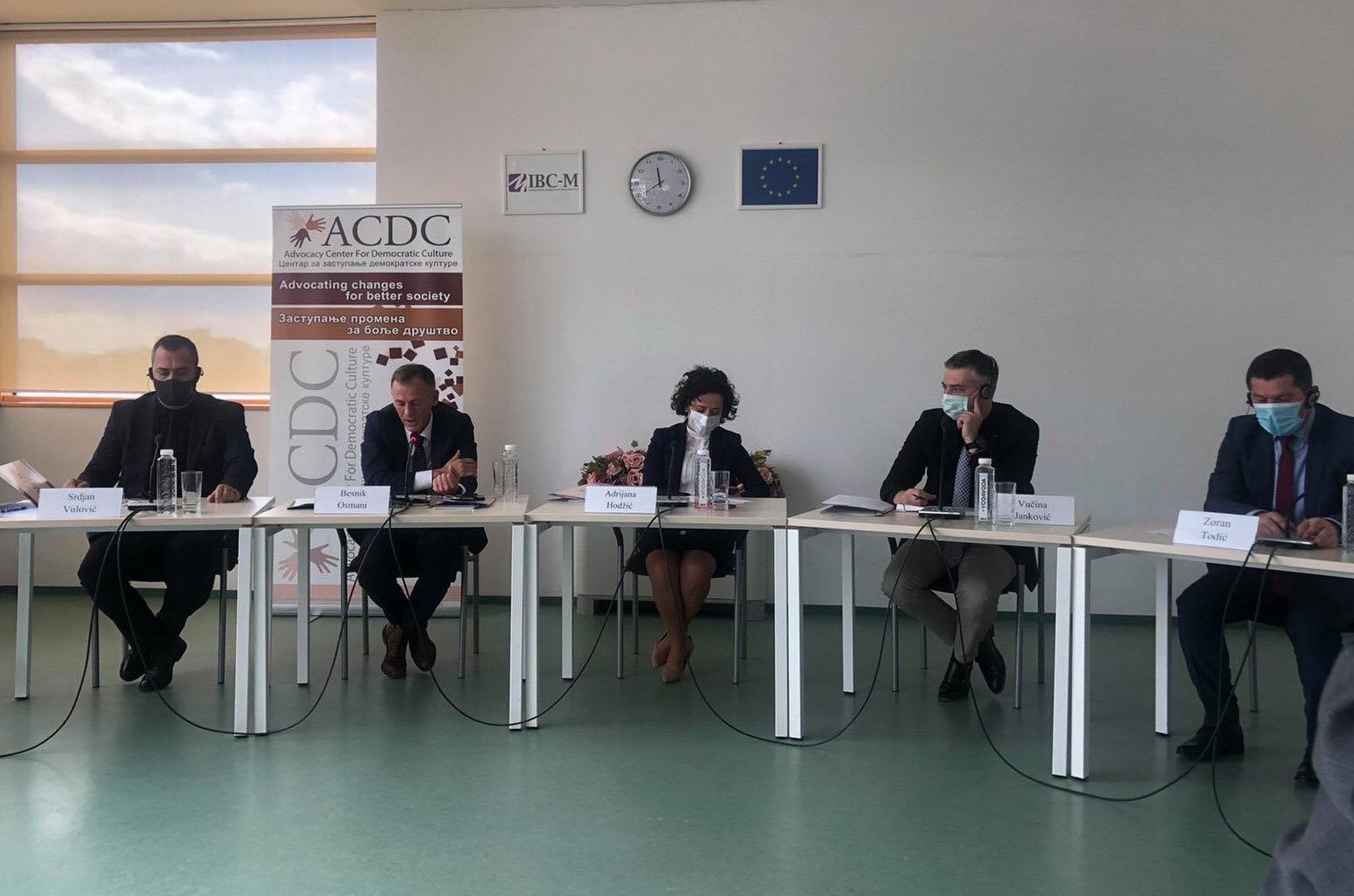 The Auditor General of the Republic of Kosovo, Besnik Osmani, commended the cooperation of managements and staff of municipalities during the audit process and encouraged the Mayors of northern municipalities to take all the necessary actions for implementing the audit recommendations as this would lead to a better governance and more quality services to citizens. He pointed out that municipalities are still having the lowest rate when it comes to implementation of recommendations that is 37% compared to that of central level 41%, and of independent institutions 71%.

Osmani said that, just like the other institutions, northern municipalities should consider audit as a good mechanisms to improve governance.

In the audit report for 2019, Municipality of Mitrovica North was given an Unmodified Opinion and also was given 12 recommendations. Out of 10 recommendations given in 2018, two have been implemented, three are in process of implementation, four have not been addressed, and one has been closed. Based on the findings in the audit report for 2019, shortcomings found in Mitorvica North relate to management and collection of property tax revenues, staff management, goods and services, capital investments, subsidies and transfers, and assets management.

In the audit report for 2019, Municipality of Leposaviq was given an Unqualified Opinion and was also given five recommendations.  Out of 10 recommendations given in 2018, five have been implemented, three have been partly implemented, and two have been closed. Outcomes of the audit 2019 for Leposaviq indicate that weaknesses  were found in financial management and control and it requires improvement in the implementation of laws on collection of revenues, contracts with firefighters, procurement planning and execution, assets registers, and functioning of internal audit.

In the audit report for 2019, Municipality of Zveçan was given an Unmodified Opinion and was also given nine recommendations. Out of 15 recommendations given in 2018, four have been implemented, one three have been closed. In 2019 audit report for Zveçan misclassification of expenditures, failure to implement the laws on collection of revenues, departure from recruitment procedures, failure to update employment contracts and payrolls, weaknesses in vehicles management, weaknesses in granting and monitoring of subsidies, and shortcomings in assets’ management and disclosures in the AFS have been reported.

Key audit findings presented in the 2019 audit report for Municipality of Zubin Potok relate to failure to implement the laws on collection of revenues; uncomplete personnel files, lack of assets registers, failure to establish the internal audit unit, and poor reporting of outstanding liabilities. For 2019, Zveçan was given an Unmodified Opinion with Emphasis of Matter and was also given six recommendations. Out of 12 recommendations given in 2018, three have been implemented, one has been partly implemented, five have been repeated, and three have been closed.