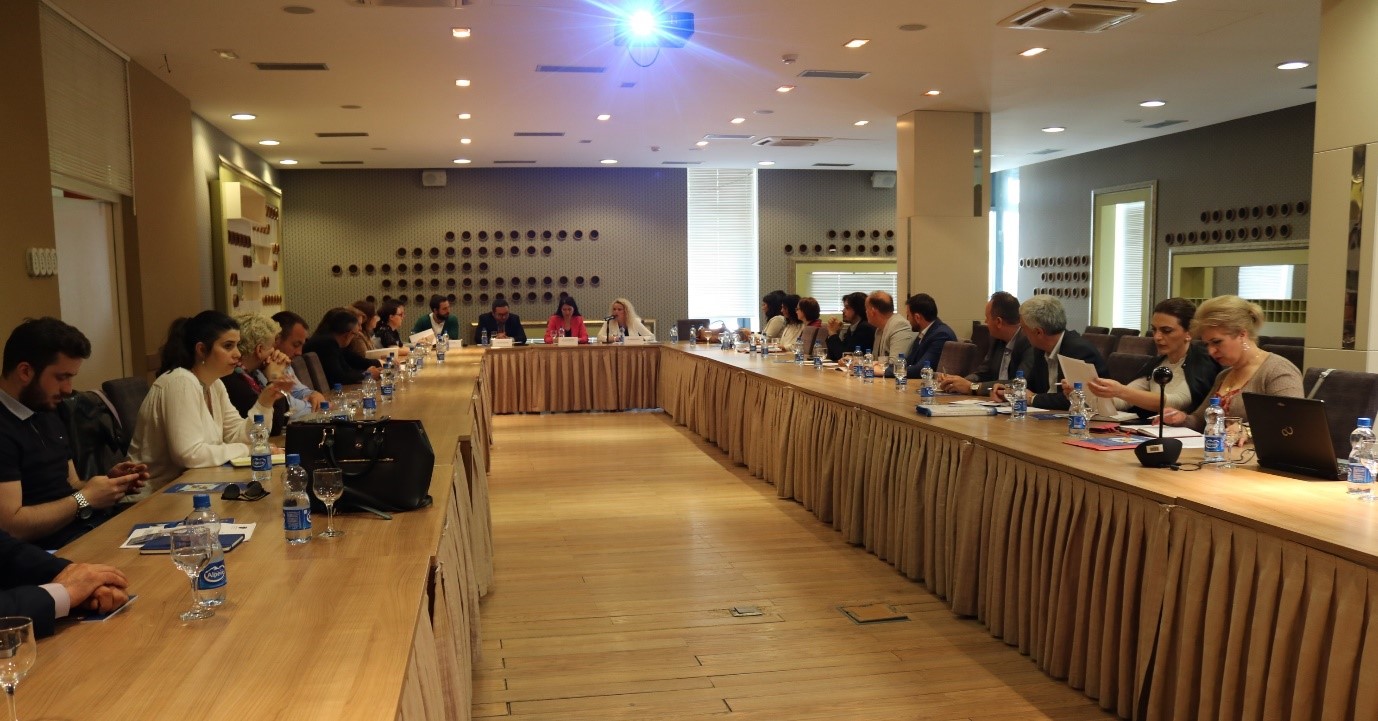 Today, the National Audit Office made a public presentation of its performance report, “Capacity Building in the Policy-Making and Co-ordination Process”, a project funded by Sida and implemented by the Office of the Prime Minister.” Participants in this presentation were officials from the Ministries, the Office of the Prime Minister, the SIDA Project, civil society, the media, international organisations as well as representatives of the Swedish Embassy to Kosovo and the University of Cambridge.

On this occasion, Assistant Auditor General Mrs. Vlora Spanca, under the leadership of whom this audit was carried out, thanked the Swedish Embassy and the Office of the Prime Minister for their confidence in the National Audit Office to audit such an important project. The undertaking of such a commitment besides being a privilege also required high professional responsibility and competence. A commitment like this also shows the credibility that other states and public institutions have on the National Audit Office, she added.

Mrs. Myrvete Gashi, Director of the Department for Performance Audits, said that the National Audit Office assessed the overall objective of the Project, aiming at sustainable capacity development in the area of ​​policy development process.

Whereas, the detailed presentation of the report including audit findings, conclusions and recommendations was made by Fikret Ibrahimi, the Audit Team Leader.

On the other hand, Mr. Arben Krasniqi, from the Office of the Prime Minister highly appreciated the contribution of the National Audit Office on the progress of the project. He has committed that the recommendations given in this report will be addressed and an action plan to address them will shortly be submitted. Whereas, the representative from the Kosovar Civil Society Foundation (KCSF), Dren Puka, spoke about the role and importance of civil society participation in the policy-making process.

The National Audit Office has begun to make public presentation of audit reports and discussing with the stakeholders involved in audit processes, with members of Parliamentary Committees, as well as representatives of civil society and the media, on each performance audit report. The purpose is to make the audit work as transparent as possible and to clarify findings and recommendations to the general public so that there are no misunderstandings and misinterpretations.

The full report may be found under this link.