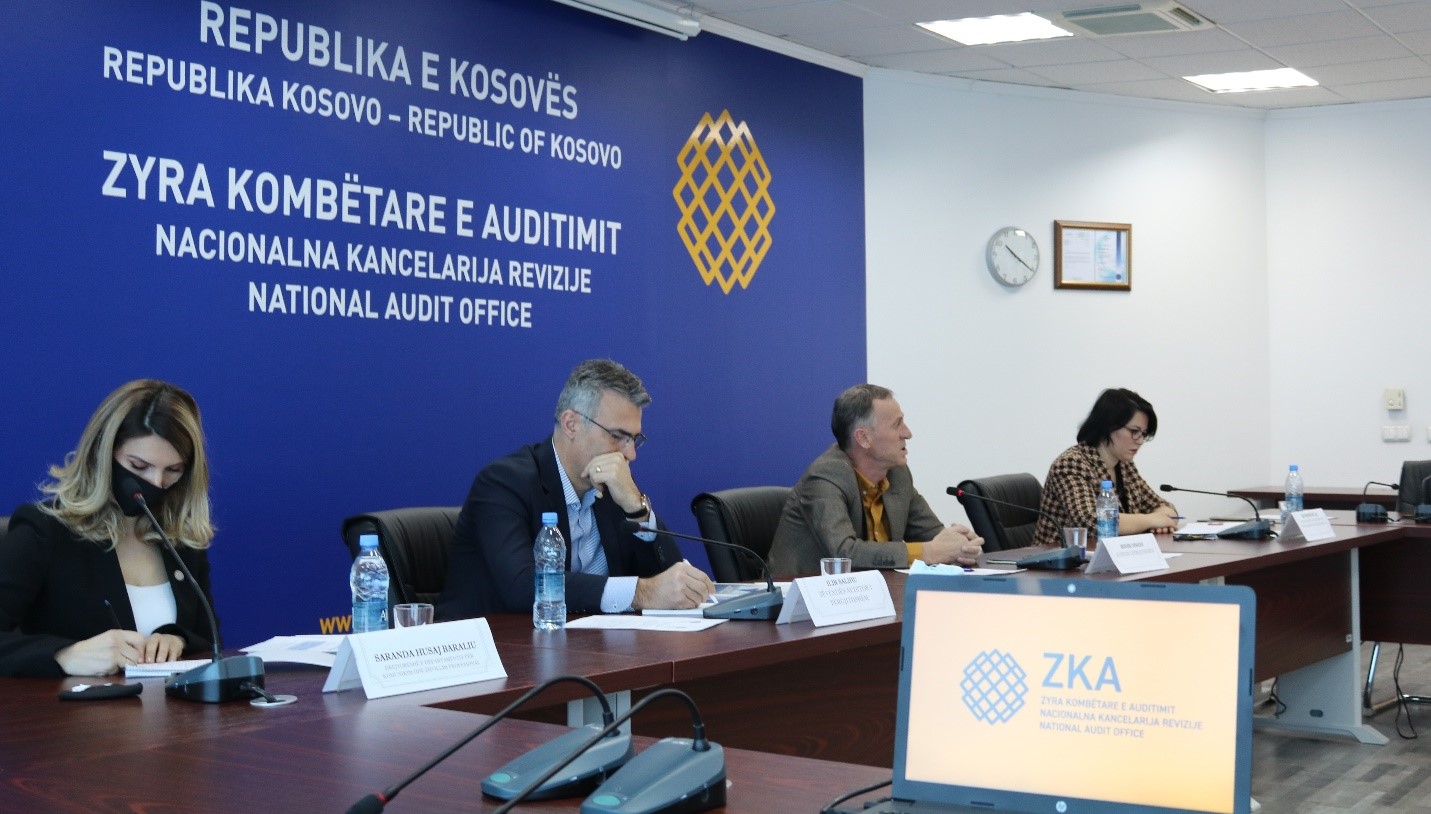 In the framework of periodic meetings with civil society organisations and professional associations, the National Audit Office held a roundtable on “Strengthening the impact of external audit through cooperation of the National Audit Office with civil society organisations”. Achievements in fulfilling the NAO Strategic Plan 2018-2021, increased cooperation for drafting the new strategic plan of NAO, topics of interest for future audits, and increased audit impact on improving good governance were discussed.

The Auditor General, Besnik Osmani, said that Civil Society’s involvement and contribution in drafting the new strategic plan of NAO, which will be adapted to the reality in Kosovo and its culture, is of particular importance. He spoke about the implementation of the audit plan, i.e. implementation of 124 regularity and performance audits and the challenges NAO is facing in implementing the plan. In this regard, the Auditor General mentioned the changes made to the audit methodology – wherefrom audit reports shall include a compliance conclusion – and the development of the audit software. Osmani said that NAO has been constantly asking for amendments to the respective legislation in order to enable the selection of audits based on the public money risk assessment.

The Deputy Auditor General, Ilir Salihu, presented the goals of the NAO Strategic Plan 2018-2021. Salihu said that the plan entails three goals: Independence and professional standards; Governance and development of institutional capacities; and Communication, impact, and integration. He said that NAO acknowledges the contribution of the Civil Society in strengthening and improving governance in the country, stating that the audit impact on the public sector wouldn’t be extended hadn’t it been for the support of the Civil Society.

The Director of International Cooperation Department, Qendresa Mulaj, made a detailed presentation on the fulfilment of the objectives of NAO’s Strategic Plan. Mulaj stated that the Plan has set clear strategic goals and objectives, wherewith the NAO has improved its performance in line with the legal framework and International Standards for Supreme Audit Institutions. Mulaj communicated that the NAO has managed to successfully fulfil the strategic plan, although the process was quite challenging.

During these years, NAO has provided audit quality and increased the audit work assurance by updating and preparing audit methodology documents.  The increase in the number of audits, especially those of performance and publicly owned enterprises should be particularly noted.

One of the most important achievements in the history of NAO is its membership to two main audit institutions: INTOSAI and EUROSAI.

Representatives of civil society organisations have expressed their readiness to contribute in drafting the new strategic plan of NAO. They commended the achievements of NAO over the years, seeking the increase in the number of audits of publicly owned enterprises, performance audits, involvement of field experts, as well as the application of the risk-based audits approach.