International Conference on The Meaning and Importance of Membership to INTOSAI: impact and benefits of Supreme Audit Institutions 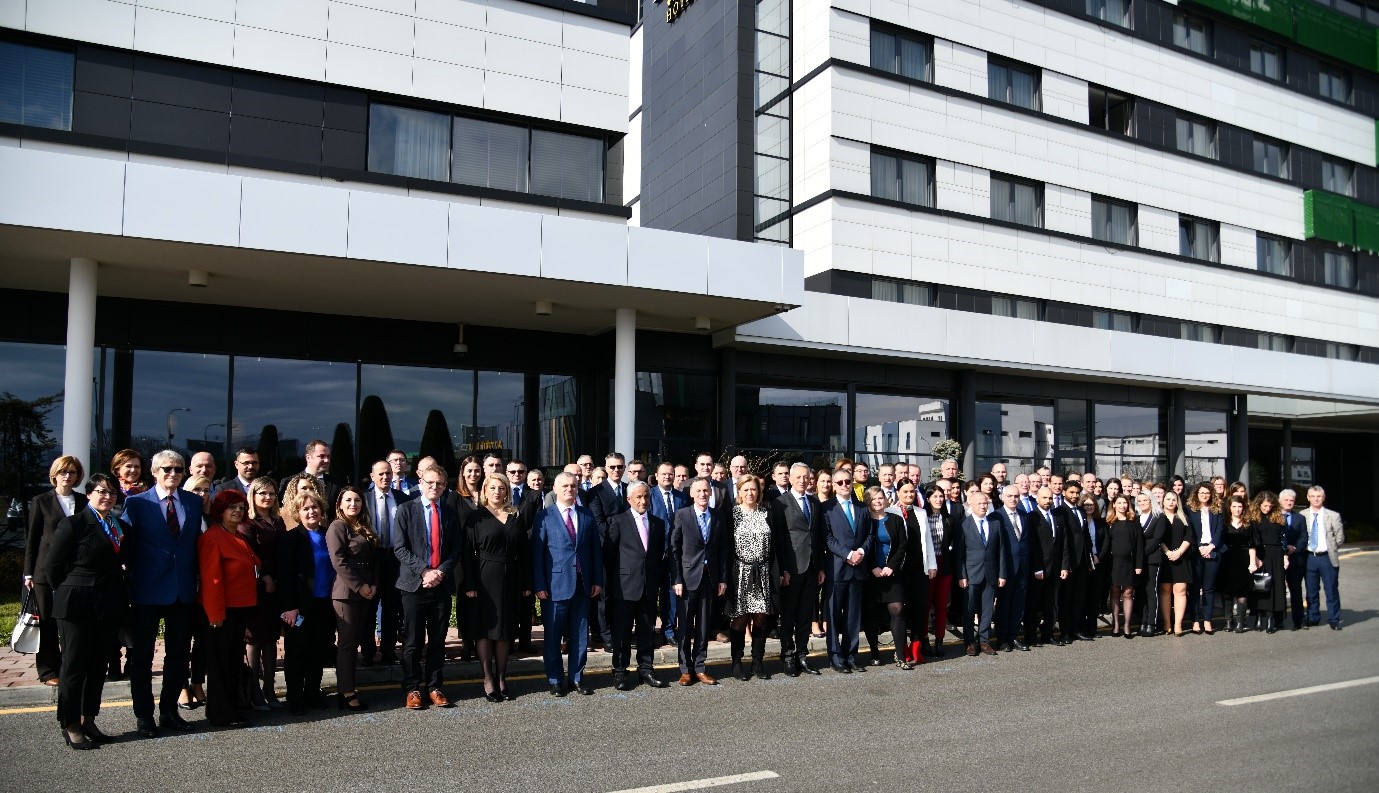 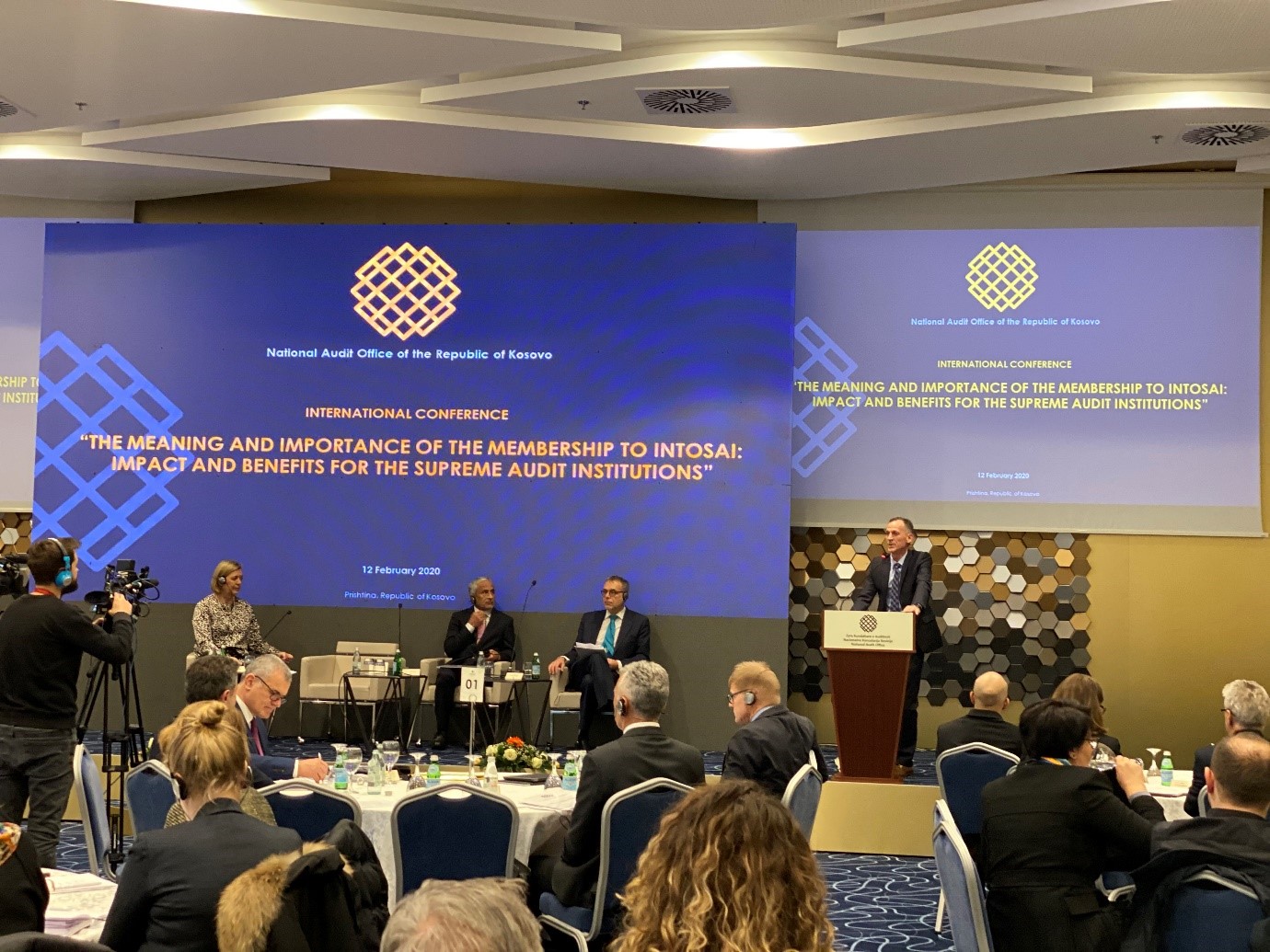 The Auditor General of Kosovo, Besnik Osmani, opened the conference by extending his gratitude and acknowledgment to the attendees for their contribution in the process of membership to INTOSAI and for participating in the conference.

Osmani said that the membership to this Organisation is a very significant moment for each audit institution considering that INTOSAI is a global platform for cooperation, exchange of experiences, setting of audit standards and promotion of capacity building. 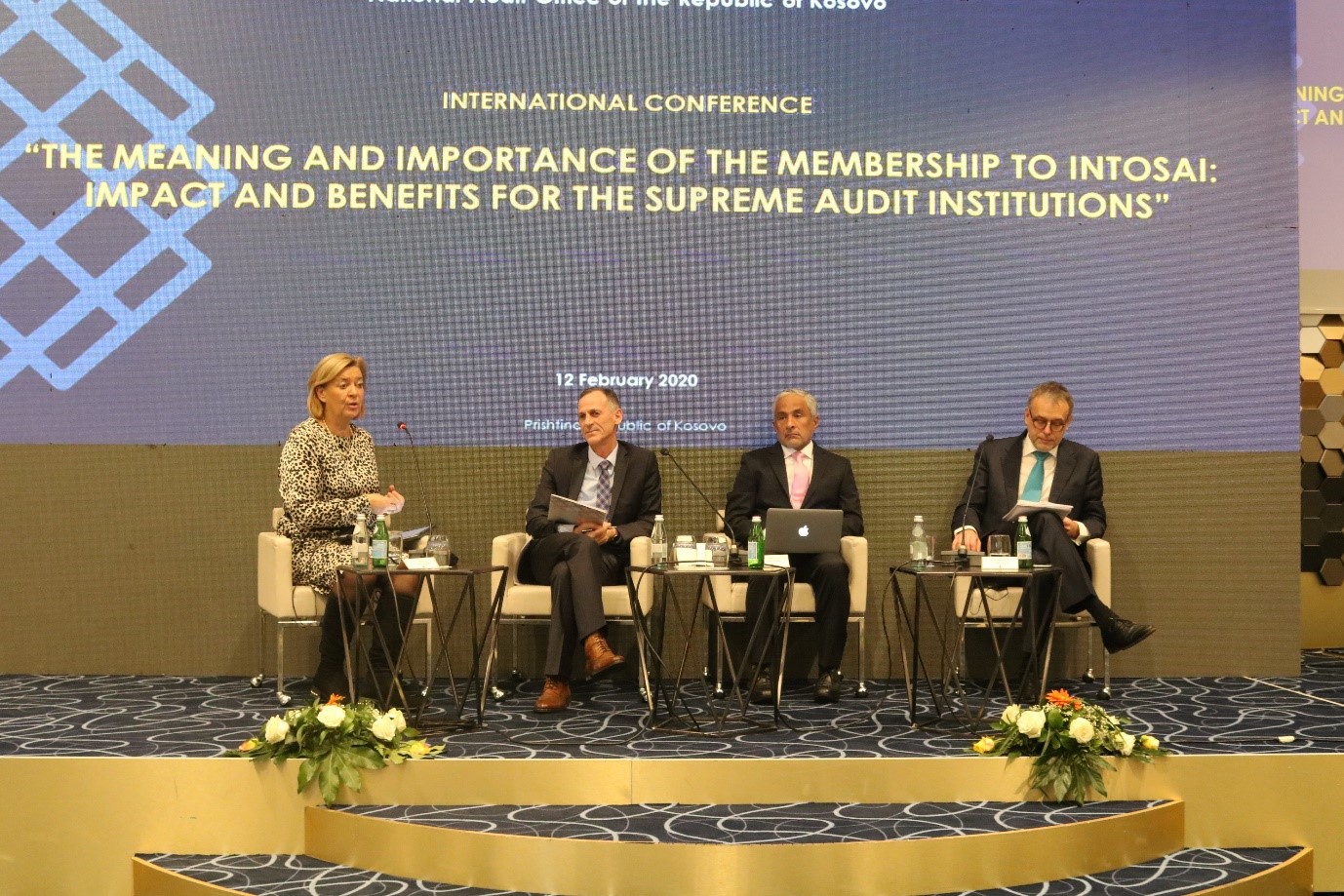 An address to the attendees was delivered by the Director General of Treasury, Ahmet Ismaili, who congratulated the Auditor General and the National Audit Office on the membership to INTOSAI.

He said that NAO is a professional and reliable institution and membership to INTOSAI proves this. Ismaili expressed the Government of Kosovo readiness to support the National Audit Office in accomplishing its mission.

“The Government of Kosovo is pleased to commence its activity marking this achievement of NAO. Audit reports provide added value and aim to increase transparency and accountability”, said Ismaili.

During his speech, Dr. Harib Saeed Al Amimi, President of the UAE State Audit Institution, congratulated NAO on its membership to INTOSAI and commended it for the successful organisation of this conference.

He focused on the importance of membership to INTOSAI and said that, following the membership of NAO, INTOSAI is now constituted by 194 member states.

“The main goals of INTOSAI are exchange of experiences and their maximisation. This Organisation tends to promote good governance, increase transparency, maintain credibility and fight corruption, promote public trust by providing value and benefits to citizens under the INTOSAI moto Mutual experience benefits all,” he said.

The Auditor General of Sweden and Vice Chair of INTOSAI Capacity Building Committee,    Helena Lindberg, talked about the importance of Kosovo NAO’s membership to INTOSAI.

She said that membership to INTOSAI showed the level of preparation and professionalism of the National Audit Office of Kosovo.

The Comptroller General of the Government Accountability Office of the United States of America, Gene L Dodaro, congratulated Kosovo and NAO, through video message,  for its membership to INTOSAI.

He extended his acknowledgment to the Auditor General of Kosovo, Besnik Osmani, for having invited him to address the attendees through the video message.

Dodaro said that he was looking forward to further cooperation with the NAO.

The international conference, the main topic of which is The Meaning and Importance of the Membership to INTOSAI: Impact and Benefits for the SAIs, is divided into three panels discussions.

Discussions in the first panel are focused on The Meaning and Importance of the Membership to INTOSAI: Impact and Benefits for the SAIs.

Discussions in the second panel will focus on How to Implement the ISSAIs – Best Practices, whilst in the third panel discussions will focus on The Role of Treasury in Managing Public Money and the Impact of External Audit.