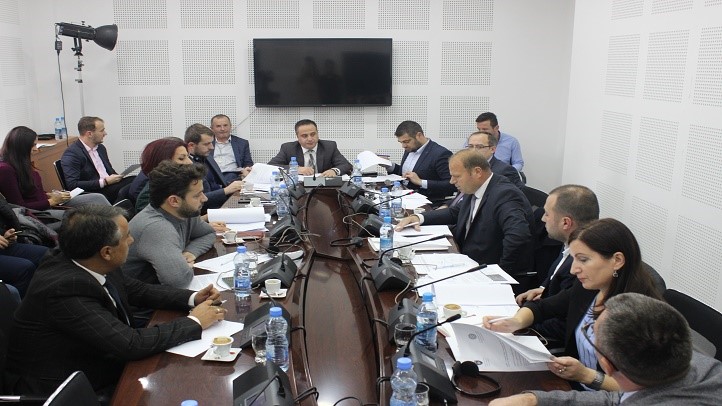 Committee for Oversight of Public Finances has reviewed the audit report on the annual financial statements for 2017 of the Publicly Owned Enterprise – Kosovo railways – Trainkos J.S.C and the audit report of the Ministry of Culture, Youth and Sports.

The Committee for Oversight of Public Finances, this week has held its following meeting, wherein was reviewed the report of the National Audit Office on the annual financial statements for 2017 of the Publicly Owned Enterprise – Kosovo railways – Trainkos J.S.C.

According to the report, annual financial statements do not present a true and fair view in all material respects, while the main shortcomings identified in this report relate to recruitment of employees as well as significant debts of this Enterprise.

In this meeting was requested from the “Trainkos” to prepare reports of financial statements according to international standards, while was appreciated the progress made by this Enterprise in addressing recommendations.

After the debate and discussions of Members of Parliament, the Committee agreed that recommendations are to be addressed to the Steering Board and the Chief Executive Officer of this Enterprise.

Further in the meeting were reviewed and subsequently approved recommendations of the audit report on the annual financial statements of the Ministry of Culture, Youth and Sports for 2017, discussed in the prior meeting of the Committee, and was decided that this report should be addressed for review in a plenary session, along with Committee’s recommendations.

Discussions of audit reports in parliamentary committees, particularly of the Committee on Oversight of Public Finances, aim at increasing the accountability in public sector.

The reports of the National Audit Office directly promote accountability of public institutions as they provide a base for holding managers’ of individual budget organisations to account.