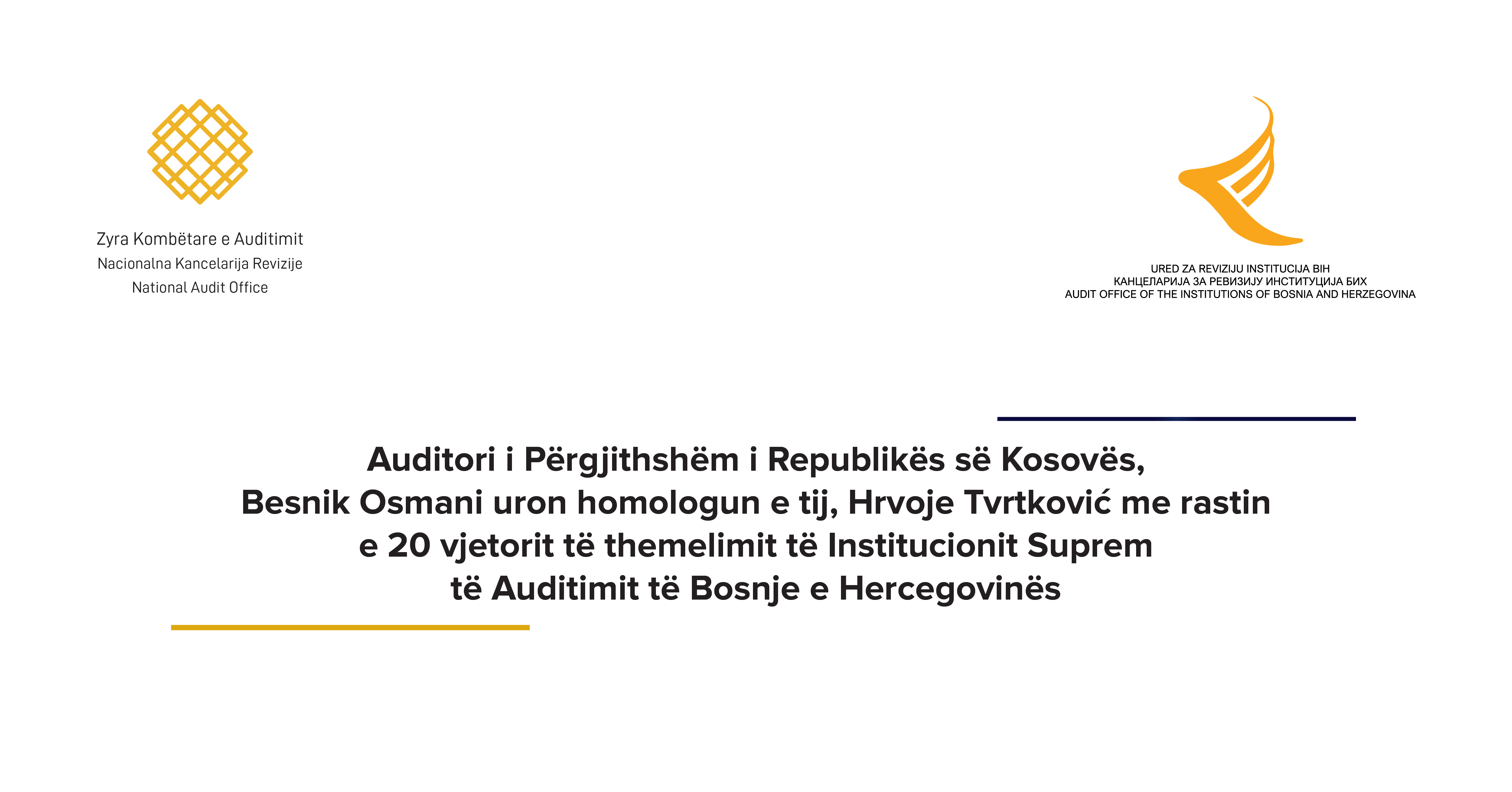 On the occasion of marking the 20th anniversary of the establishment of the National Audit Office of Bosnia and Herzegovina, the Auditor General of the Republic of Kosovo, Besnik Osmani, sent a telegram of congratulations to his counterpart Hrvoje Tvrtkovic.

“On my behalf and on behalf of the Kosovo National Audit Office of the Republic of Kosovo, I would like to express our sincere congratulations on the occasion of the 20th anniversary of your institution, and wish you all the success in the years to come”, it was stated in the telegram sent by the Auditor General, Besnik Osmani.