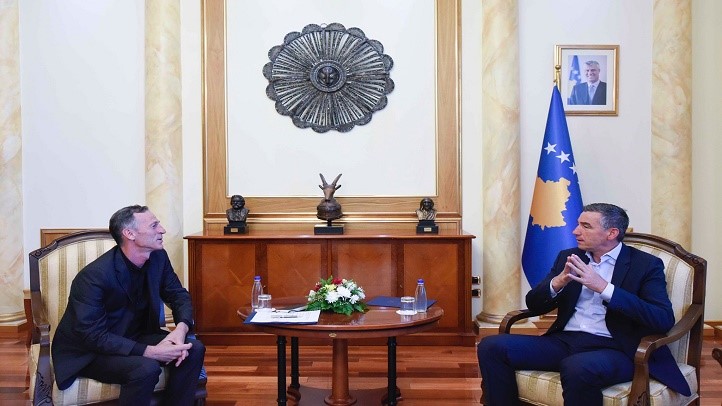 The President of the Assembly, Mr. Kadri Veseli, hosted in a special meeting the Auditor General Mr. Besnik Osmani.

On this occasion, Mr. Osmani informed Mr. Veseli that all audit reports will be completed according to the legal time limits and presented key issues related to the annual financial statements of budget organisations and publicly owned enterprises and the weaknesses identified in these reports. Specifically, they discussed about audits undertaken on the request of the Assembly, such as on publicly owned enterprises: Telecom and Post of Kosovo, Grants and Subsidies in the agricultural sector, as well as the auditing process of Radio Television of Kosovo. The Auditor General reiterated his commitment to fulfil the constitutional and legal mandate of the National Audit Office, in the function of continuous improvement of governance and accountability in the management of public funds and the improvement of services to citizens.

During the meeting, attention has been paid to the unsatisfactory level of implementation of recommendations and to the lack of a systematic commitment by audited entities in addressing them.

The President of Assembly, Veseli emphasised the need that all public institutions should have, as an obligation, the effective management of public funds and strengthen good governance. He emphasised that transparency and accountability are not only constitutional principles regarding the spending of public funds, but they are also legal obligations that every institution must strictly adhere to. He invited the State Prosecutor to look closely at the findings of the audit reports and take the necessary action.

In relation to the National Audit Office, President of the Assembly, Veseli has stated the full support from the Assembly of Kosovo and the need to further strengthen its independence and integrity, as well as to provide it with the necessary financial resources in carrying out its duties.